The Mt Washington Group manages over 1,700 units throughout the Baltimore area.

If you are on the move and want to check out our Baltimore properties, you’ve come to the right place. We are proud to provide housing for Baltimore voucher holders.
You can see all of our available properties here: Section 8 housing for rent in Baltimore.

Want to learn more about Baltimore in general? Give us a minute or two and we’ll tell you a bit about this vibrant city.

Baltimore is the largest city in the state of Maryland and is the second-largest seaport in the Mid-Atlantic. The recently-updated Inner Harbor houses some of the city’s finest attractions, including the National Aquarium, Maryland Science Center, Port Discovery Children’s Museum and Harborplace. For water lovers, check out the sailing on the Chesapeake Bay, the largest estuary in the United States and a place of tranquil beauty. 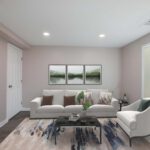 Baltimore has two major league professional teams: the Orioles Baseball team (est. 1954) and the Ravens Football team (est. 1996). The Orioles play in Oriole Park at Camden Yards, which is first of the “retro” major league ballparks constructed in the early 1990s and can hold 45,971 fans. The Ravens play in M&T Bank Stadium which opened in 1998, and is currently one of the most popular stadiums in the NFL for fan amenities, ease of access, concessions and other facilities. It can hold up to 71,008 fans. 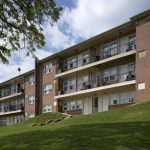 Bet you didn’t know that Baltimore ranks in the top five of Forbes’ list of top rising cities for startups! It has also attracted $1 billion in venture capital investment in the past few years. According to a recent study, Maryland ranks first in the nation for minority and female-owned businesses. Important industries in Baltimore include: Cybersecurity, Life Sciences, Information Technology, Logistics, Manufacturing, Healthcare, and Agriculture. 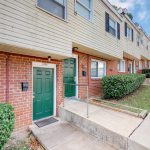 Baltimore has a number of transportation options. The Maryland Transit Administration (MTA) operates the Metro, a subway system that connects the northwestern suburbs to downtown, the Light Rail, which is a 27-mile system of aboveground rail lines, and the city’s bus system with over 60 routes. It also offers the MARC Train, a commuter rail system that serves Harford County, Brunswick, Washington, D.C., and other nearby areas.

Baltimore is divided into nine geographical regions: North, Northeast, East, Southeast, South, Southwest, West, Northwest, and Central but is known as a “city of neighborhoods,” with more than 200 personable and charming areas. There are various types of housing in Baltimore, the most common being rowhomes. Other options include, townhomes, single homes and apartment buildings. Did you know that formstone, a type of long-lasting material that went on the exterior of the home, was invented here? You can still see it on many of the houses in Baltimore.

You’ll be happy to know that the cost of living in Baltimore isn’t sky-high like Boston or Los Angeles. In fact, it is lower than in nearby major metro areas. Prices for consumer goods are about 10% to 50% lower in Baltimore than in New York City.

And one more tip: It’s not pronounced “Baltimore,” but “Bawlmer,” so be sure to drop the T and you’ll sound like a long-time resident.

The Mt Washington Group offers a variety of Baltimore properties for rent. Please review our available properties to see if there is something that catches your eye. We are also proud to serve the Section 8 community. So check out our Section 8 apts and homes or give us a call: 410-764-7355.